A better way to anticipate a breach of contract (at least in some cases): Spell out exactly what is to be done to fix things

Contracts often contain generic statements that, in case of a breach, the breaching party will cure the breach within, say, 30 days. Some­times, however, it helps to spell out exactly what the other side must do to cure the breach. That way, the other side’s lawyers will have less wiggle room to come up with ‘creative’ arguments why the other side shouldn’t have to do what you want them to do.

Here’s an illustration: A client of mine, an enterprise software vendor, once came to me with a complaint about one of their big customers, which was ‘stealing’ the software, that is, deliberately using the soft­ware far in excess of its paid-for licenses.

(The software vendor knew this because one of the customer’s emp­loyees had quietly alerted the vendor’s sales rep to what was going on.)

The vendor could have sued its customer for infringement of the copy­right in its software.* But the customer had a big, capable legal staff and competent outside counsel. We knew those lawyers would look for arguments why the customer wasn’t liable for infringement and didn’t owe any money. If the vendor wanted to get money from the customer, it probably would have to file a lawsuit.

Filling a lawsuit shouldn’t be done lightly, even when a lot of money is at stake. Litigation is expensive. It’s a drain on management’s time and focus. You seldom know what or when the final outcome will be. Not to mention that suing a big customer is hardly a great way for a vendor to get more business from that customer.

So my client wasn’t interested in filing a lawsuit. It just wanted the cust­omer to pay for what it had ‘stolen’ in unauthorized use.

Fortunately, the vendor’s standard software license agreement had good language in it. (Yes, I had written the language.) The vendor’s contract expressly said that, if the customer made unauthorized use of the soft­ware, it agreed to buy the necessary number of catch-up licenses — and if the customer did so, then the vendor waived its right to seek copy­right damages. 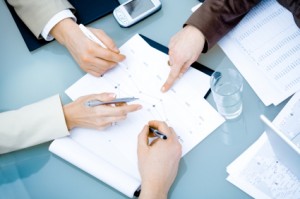 That contract language proved very useful. Instead of having to argue with the customer’s lawyers about how a court would apply the law of copyright, we just pointed to the contract, which stated in black and white what the customer agreed to do. In due course, the customer paid up.

The lesson: For important breaches of contract, be careful about relying on a generic breach-and-cure provision that lawyers could argue over. Instead, consider spelling out in the contract exactly what you want the other side to do.

* My client theoretically could have sought to recover the customer’s indirect profits arising from the infringement, which can be a remedy with real teeth. Consider the case of Frank Music Corp. v. Metro-Goldwyn-Mayer, Inc., 886 F.2d 1545 (9th Cir. 1989) (Frank Music II). The MGM Grand Hotel had a floor show called Hallelujah Hollywood!, which included ‘tributes’ to various MGM movies. The floor show incorporated significant portions of the musical Kismet, which had been made into an MGM movie. The court found that this went beyond MGM’s ‘movie rights’ and therefore infringed the copyright in the musical. The resulting damage award included not just a portion of profits from the floor show itself, but 2% of the overall profits from the MGM Grand’s hotel operations — including 2% of the casino profits — which, the court found, were indirectly attributable to the promotional value of the floor show.

Previous post: Microsoft defers $305 million in revenue, but better that than the Osborne Effect