A cautionary tale: Don’t say “renew” when you mean “extend”

You’ve probably seen contracts containing “renewal” options. Examples include lease agreements, software maintenance agreements, and the like. (Some examples are included at the end of this posting.)

I’ve long had a vague preference for describing such a right as an “extension” option. My concern was that a creative trial counsel might try to argue that a “renewal” option had the effect of sending the parties back to Square One in respect of some relevant right or obligation. 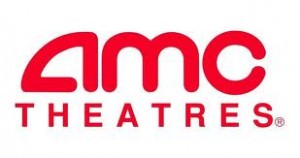 It seems that my concern was not unwarranted: In a case from this past week, the Eighth Circuit affirmed a declaratory judgment that a particular lease-extension option, expressly labeled as such, was really an option to renew — and thus under Minnesota law the parties would have to negotiate the terms and conditions of the renewal. See Camelot LLC v. AMC ShowPlace Theatres, Inc., 665 F.3d 1008 (2012) (8th Cir. 2012) (affirming declaratory judgment).

So one lesson is: If you don’t want to have to renegotiate the terms of a contract when you extend it, you might want to use the word “extension” and not the word “renewal.”

But even that might not save you, because of the mystifying way that the Eighth Circuit transmuted an option to extend into a negotiable option to renew.

In this case, AMC was the tenant on the lease agreement. The extension option was expressly labeled entitled “OPTION TO EXTEND” and read as follows:

[T]his Lease [will be] extended on the same terms and conditions set forth herein, except that . . . (ii) no Rent concessions, abatements, lease buyouts, tenant allowances or limitations on tax or expense pass-throughs granted with respect to the Lease Term hereof shall be applicable to any Option Period, (iii) Minimum Rent for each Option Period shall be as shown above.

Id., 665 F.3d at 1010. The court, though, concluded that this was not an option to extend but an option to renew. I’m not going to try to explain the court’s rationale, set forth in the opinion at 665 F.3d at 1011-12, because I don’t understand it. [UPDATE: I think I now understand; see below.] (The most-parsimonious explanation might be that AMC got home-towned.)

The end result does validate my long-held (and only slightly-cynical) view that trial counsel, looking for the win, will try to make just about any argument that remotely passes the red-face test — because it just might work. Contract drafters and reviewers have a never-ended challenge in trying to anticipate and head off such arguments.

1. The contract included several provisions whose text was, literally, “Intentionally omitted.” That is, the parties apparently deleted the original text of those provisions and substituted the words “In­ten­tion­ally omitted.” (This was probably so that they wouldn’t have to renumber subsequent provisions.)

2. The court went along with the landlord’s argument that (a) those intentional deletions amounted to an affirmative grant of “[r]ent concessions … lease buyouts … or limitations on tax or ex­pense pass-throughs”; (b) that so-called “grant” was thus supposed to be ungranted during the extension period; but (c) the post-ungranting terms of the intentionally-omitted provisions could not be determined; therefore (d) those parts of the contract were indeterminate and had to be negotiated.

That still makes zero sense. The parties didn’t agree to temporarily suspend or modify certain provisions and then restore those provisions during any extension term. No, what they did was agree to delete those provisions in their entirety. If you ask me, AMC had it exactly right, and the court simply blew it.

With the marvelous benefit of 20-20 hindsight, AMC’s lease negotiators might have been better off if the lease-extension provision had said that “… (ii) no Rent concessions, abatements, lease buyouts, tenant allowances or limitations on tax or expense pass-throughs stated in this Agreement with respect to the Lease Term hereof, if any, shall be applicable to any Option Period ….”

But I can’t help but wonder whether the court would still have come out favoring the local landlord over the national theater chain.

UPDATE 2: Ken Adams at Koncision has a slightly-different take on this case.

Examples of language to extend the term of a contract

Here’s some language I might use to extend the term of a contract:

Except to the extent (if any) otherwise provided in this Agreement, [Party name] may extend the term of this Agreement (subject to the “Termina­tion” sections below), on the same terms and conditions as in effect just before the then-current end of the term, for [up to X successive periods of Y months each] by providing written notice to [Party name] no later than [Z days before the then-current end of the term].

Except to the extent (if any) otherwise provided in this Agreement, the term of this Agreement will be automatically extended for successive one-year periods (subject to the “Termination” sections below), on the same terms and conditions as in effect immediately prior to the then-current expiration date, unless either party gives the other notice of non-extension at least three months before the then-current expiration date.

Previous post: Why you should draft contracts with long, run-on paragraphs (a satire)